There's something undeniably iconic about a Wild West online casino game. Whether it's the crack of gunfire, delightfully rogue characters or promise of untold fortune, these games continue to hold a magnetic pull over slot aficionados.

Outnumbered only by those ubiquitous Ancient Egyptians, Wild West slot folk evoke images of power, glory and machoism across the reels that few others can rival.

For now, we feel Ramses, Tutankhamun and co. have had their day in the sun. So let's doff a Cowboy hat to the pillaging bandits of the Wild West in this Wildz Casino article that will leave you sizing up your next train heist with relish. 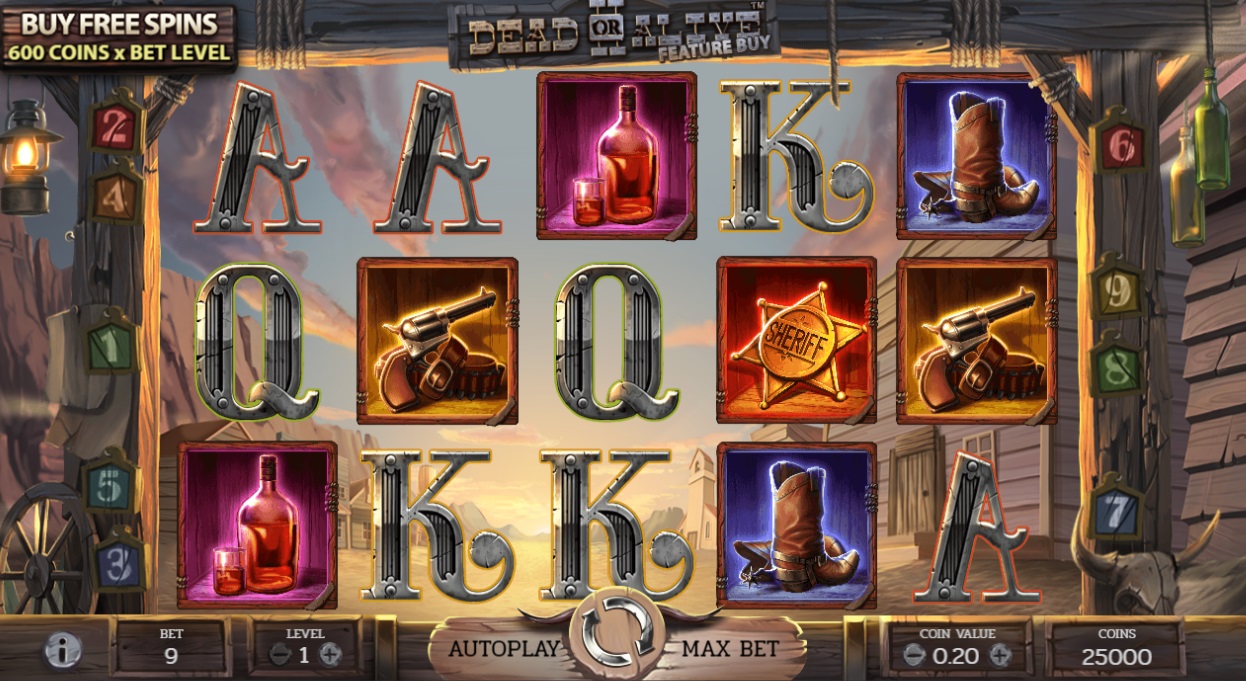 The result of a collaboration between NetEnt and the streaming community, Dead or Alive 2 is without doubt a true superstar of the online casino world.

This 2020 sequel serves up more adrenaline-fuelled excitement while packing a number of show-stopping extras that serve to enhance the original outing.

Let's start with the slot's earth-shattering maximum win, which clocks in at over 100,000x your bet. To get anywhere close to that figure you'll need to negotiate one of three bonus rounds each offering varying degrees of volatility. Take your pick from Old Saloon, High Noon or Train Heist Free Spins rounds.

Due to its extreme variance setting, only the very bravest should consider the latter option. This round is equally capable of leaving you empty-handed, as it is making off with the entire loot.

Scatter Wins, copious Wild symbols and a rocking audio also combine to make this a real standout performer amid the cluttered world of Wild West slots. 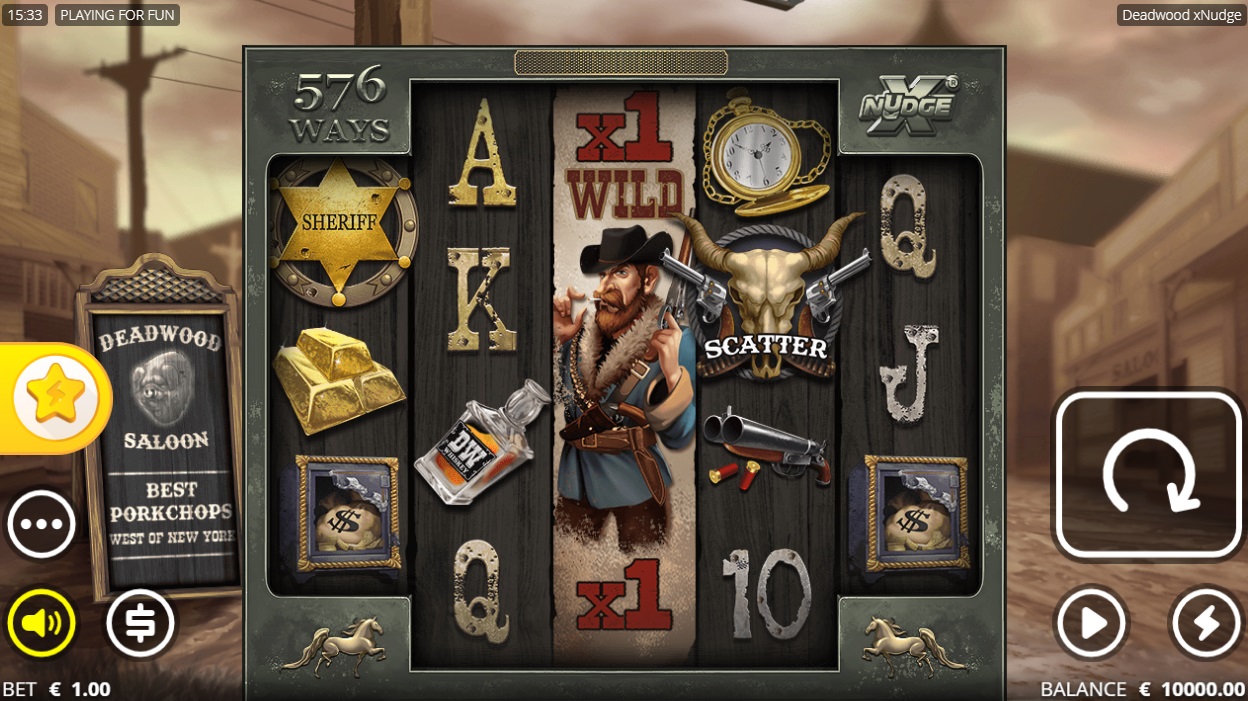 Taking the runner-up berth by a fraction is another Wild West sequel that has won scores of slot fans since its highly-anticipated release just last year.

Deadwood builds on 2019 breakthrough release Tombstone by transporting players to the dusty town bearing its name. Here, out in the middle of nowhere, tumbleweed rolls by as the town's characters come to life offering up wins capable of reaching 13,950x.

Anyone familiar with the original will feel at home during the base game, characterised by Hunter Wilds that land fully stacked on the middle three reels. Working in tandem is the patented xNudge feature, assuring you of chunky wins by adding rising multipliers for every nudge made.

The base game is for sure a fun ride, but it's in the two Free Spins games where the premium rewards are found.

Saving the best till last, the game's piece de resistance is without question the Shot Out Feature that grants 10 Free Spins with all low value symbols on reels 2-4 upgraded to Wilds. Land a pair of Sheriff Badges to make this happen and watch the coins roll in!

Many consider Deadwood the quintessential Wild West slot, thanks to its alluring mix of explosive gameplay, outstanding visuals and rich stock of features - making it a more rounded experience than predecessor, Tombstone. 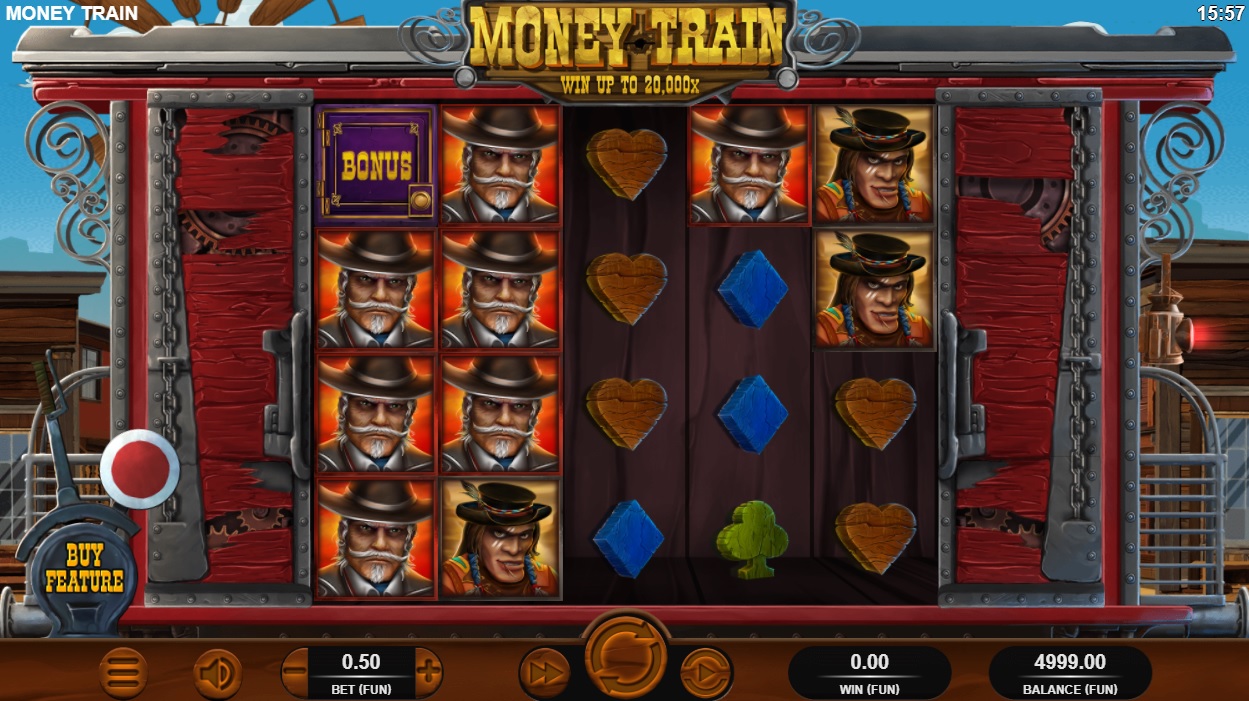 Hungry for more gun-slinging fun way out West? Then jump on board this chart-topping creation from one of the finest players in the business.

Released in 2019 by Relax Gaming, Money Train is all about its Free Spins round centred around a gang of Wild West outlaws that hold the key to huge wins.

Played out in classic Hold & Win fashion, the bonus round stars the Collector, Payer, and Widener. Each brings with them a different modifier to guide you to wins worth a possible 20,000x.

The feature begins with 3 lives, which resets back to 3 whenever you manage to land a special symbol during each spin. Only when all 3 lives are extinguished do you return to the base game and attempt to reinitiate the whole process.

Outstanding graphics come as standard from Relax Gaming, married to an epic audio for some hugely engrossing slot action in a familiar part of the world. This is one train ride you don't want to miss! 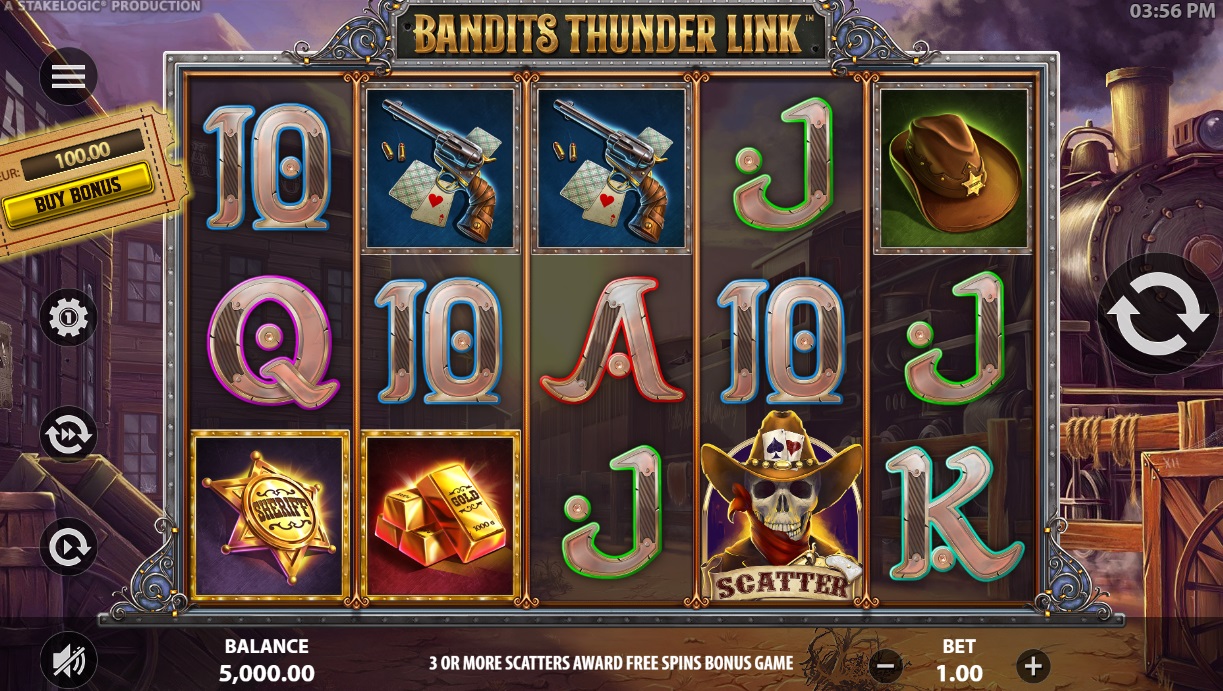 Why borrow inspiration from one game when you can have two? That appears to be the thought process behind Stakelogic's Bandits Thunder Link, which meshes the best elements of Dead or Alive 2 and Money Train for another high powered Wild West adventure.

The setting is certainly not uncommon: prepare to enter a derelict, dust-filled town home to a rusty train carried along by a groovy Western soundtrack. Sound familiar?

Akin to other games in the genre, players get their pick of 3 bonus rounds once a trio of Scatters have landed. Choose from Wild Wild Wins, which sees every Wild become sticky and wins multiplied by 2x, or Wild Bonanza, which follows the same rulebook but with 3x multipliers on offer instead.

Finally, the centrepiece Thunder Link option looks suspiciously like Money Train's headline feature - and that means a Hold & Win-styled round kicking off with 3 spins, plus a host of modifiers to spice up the action. Incidentally, those feeling impatient can jump straight into the bonus round by shelling out the equivalent of 100x your bet.

It is said that immitation is the sincerest form of flattery - which only raises the profile of the aforementioned titles further. Yet despite its glaring likeness to other Wild West creations, Stakelogic's contribution proves there is still ample space on the shelf for many more Wild West offerings.

All up, Bandits Thunder Link is a well-excuted slot combining tried-and-tested gameplay with a headline 50,000x max win, which should turn heads and satisfy fans of the genre. 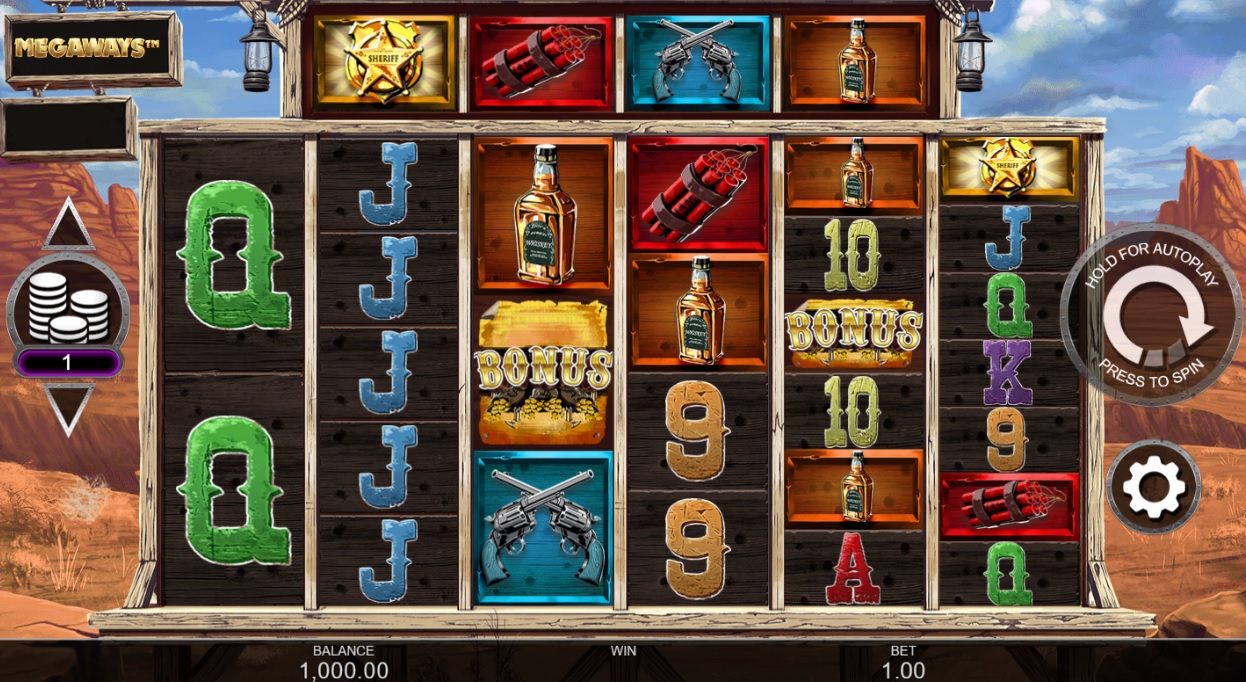 You've been acquainted with the townsfolk of Deadwood as well as Relax Gaming's steampunk-styled outlaws, now meet Inspired's own band of Wild West inhabitants known collectively as the Desperados.

In a marked deviation from most other Wild West titles, MegaWays provides much of the thrills in Desperados Wild Megaways. Big Time Gaming's shape-shifting mechanism mixes up the reel configuration on each spin, producing 117,649 win ways at full capacity. Cascades go hand in hand with MegaWays - clearing winning symbols to make room for new ones for more win opportunities.

This is yet another Wild West audio-visual feast - so listen out for explosions and gunfire against a classic mountainous backdrop, immersing you in the thick of the action.

Though rich in other areas, the game is slightly thin in terms of features. Chief among them are a pair of lucrative Free Spins rounds: Sunset Spins and Jail House Spins. Which one you get is up to you.

Beginning with 8 spins, the former is a standard MegaWays affair where multipliers jump following each win, with no ceiling on how high they can go. Far juicier rewards lie behind the volatile Jail House bonus, however. This option sees Wilds fall to the floor of their reel and lock in place throughout the feature. What's more, any additional Wilds landing on the same reel also turn sticky while adding a 1x multiplier.

Possibly to compensate for the paucity of extras, Inspired have included a Spin Chance feature. Consider this a last-chance spin if ever your balance falls below the current wager level.

Desperados Wild Megaways manages to counterbalance its lack of innovation by promising sky-high wins via the Jail House bonus, in particular. This allows MegaWays a chance to shine by pushing the capabilities of the game engine to the limit and earns the slot a coveted place on our list.