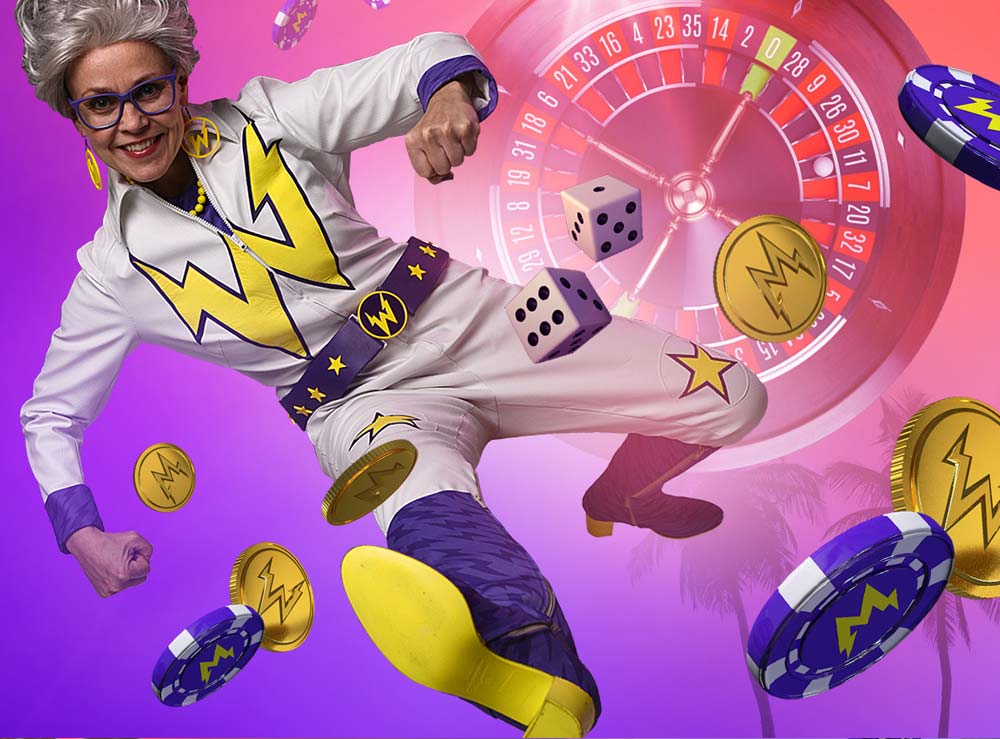 There’s plenty of different reasons for playing online slots. It’s an entertaining pastime activity. A lot of modern online slots plays almost just like video games. The design and gameplay alone can be a reason to play certain games.

But the main reason for playing online slots, for most players at least, is to try to win money. Preferably a lot of money. And what better way to win big than at a jackpot slot? In this article, we’ll present some of the most popular jackpot slots at Wildz Casino.

Because there are some games out there that will offer some seriously big wins. Like, Guinness World Records big. A lot of online casino’s success can be attributed to these slots and the unbelievable amounts on offer.

Let’s start with the biggest of them all, the online jackpot slot. We’re talking about the progressive jackpot game Mega Moolah, the Microgaming slot released all the way back in 2006. Yes, in 2006. A decade and a half is a long time by most standards, but in the world of online slots, it’s an eternity.

The fact that a game can still be this popular after all this time speaks volumes. And the reason for the game’s popularity is the unbelievable jackpot amounts it dishes out. In fact, Mega Moolah holds the Guinness World Records for highest-ever online casino win. The record win was a whopping $17,879,645.

While amounts that high is a rarity, the 5-reel slot regularly hands out wins of both six and seven figures. This, and the fact that the jackpots are won in a randomly triggered bonus feature, has made the game immensely popular.

While the game has a Free Spins round triggered by landing 3 Scatter symbols on one spin, the Mega Moolah Jackpot Wheel is randomly triggered. In this bonus round the player is presented a Fortune Wheel style game which offers four jackpots. The biggest one, the Mega jackpot, has a minimum pay-out of $1 million. No wonder the safari slot is so popular.

Sticking to the “Mega” theme, we find another undeniable classic: NetEnt’s jackpot slot Mega Fortune. Another progressive jackpot slot, Mega Fortune has also been around for a while: the game was originally released in 2009.

And while the themes of the two slots are wildly different (African safari vs luxurious yachts and champagne), they share more similarities than just jackpot type and age. In Mega Fortune, the incredible jackpot wins are also won through a Fortune Wheel-style bonus game.

Hitting 3 or more Bonus symbols on consecutive reels will activate the Mega Fortune Bonus Wheel. The objective is to land on an arrow, which will take you to the next level of the fortune wheel and one step closer to the massive jackpot.

The Mega Jackpot also grows sizeable in Mega Fortune, and back in 2013, a player from Finland won $17.8 million from the popular online slot. The game has also spurned a popular sequel called Mega Fortune Dreams.

Hall of Gods, another NetEnt classic, is the first game on this list to be made this decade. But only just, because the Norse-themed slot came out all the way back in 2010. That means Hall of Gods has been among the most popular jackpot slots for nearly a decade already. Not bad.

If you’re not familiar with Norse mythology, you can have a look at our article about online Viking slots. In Hall of Gods, the fantastic four consisting of Norse legends Thor, Loki, Odin and Idun are all present. And they bring a lot to the table.

Like the other two games on this list, the design in the game is looking slightly dated seen with modern eyes. But if the design is old-school, the jackpot is as modern as they come. The highest-ever win in Hall of Gods is £7,822,217, and at the time of writing the jackpot at Wildz Casino is over $3 million.

Hall of Gods is another pooled jackpot, which means the jackpot grows based on the wagers from a big network of casinos.

The newest game on this list is the progressive jackpot slot Joker Millions. Slot provider Yggdrasil has taken the concept of a high-paying jackpot game and added a high number of extra features.

Normally, a progressive jackpot slot offers very little other than the actual bonus round. In Joker Millions, however, you can enjoy a “Freeze & Re-spin with column multiplier” feature. The design draws inspiration from old-school mechanical slots, and the symbols consist of watermelons, cherries, bells and the lucrative Joker symbol.

Every individual joker in the game comes with a Mystery Win which will give the player up to 1000 coins. Collect all 15 jokers in a jackpot spin to hit the jackpot – currently sitting at $1.6 million at Wildz Casino.

Wouldn’t you know it, there’s NetEnt again. There is a reason the slot provider is considered the biggest in the industry. Regardless of slot category, they are likely to have several first-class titles on offer. A mainstay in online casinos since the launch in 2006, Arabian Nights is one of those games when talking about best online casino jackpots.

The setup in the game is fairly straightforward with 5 reels, 3 rows and 10 fixed paylines. The game also has Wilds, Scatters, Free Spins and, most importantly, a progressive pooled jackpot. The biggest jackpot pay-out from Arabian Nights was $4.8 million back in 2010. At the time of writing the jackpot is $500,00 (and growing).

So on this list, we’ve seen a slot set on the plains in Africa, a slot set in a luxurious millionaire setting, a slot set in a Norse environment, a slot based on old-school mechanical slots and a game inspired by the Arabian world. The diversity of these jackpot slots is amazing, and you can find all of these at Wildz Casino.

The casino offers a wide range of different jackpot slots, and this is just some of the highest-paying ones. Head on over to Wildz Casino and see for yourself, the selection grows bigger every single week.