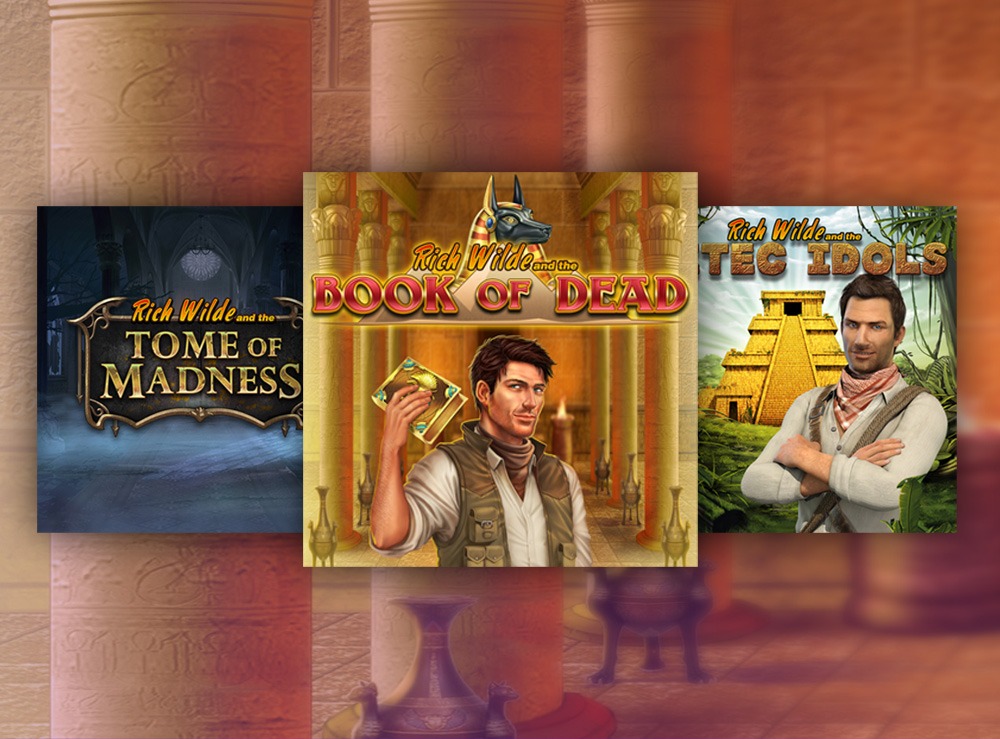 Wildz Casino is no movie site, but we still see some similarities between films and casino games. If you're a fan of both, or either, we suggest you read on to learn more about popular online slots that have spurned one or more sequels.

There is sort of a general consensus in the movie world that sequels are bad. Even if a quick look at the screening list at any given cinema would tell you otherwise. Sequels are often seen as inferior to the original. A way to squeeze more money out of a box office hit.

And while that might be true for the newest Fast & Furious 23, it is unfair to put that in the same category as The Godfather II. Quite possibly one of the best movies of all time.

What about The Terminator 2? Arguably the best action movie ever made, outdoing the already brilliant first movie in almost every way.

Speaking of good action movies, how can anyone overlook Aliens? It gears up from the original and delivers a terrifying space action adventure. Is Back To The Future 2 inferior to the original? That’s debatable.

Rocky or Rocky 4? The original movie has a brilliant rags-to-riches story with emotional depth, but the fourth instalment has Ivan Drago, making a strong case for being the greatest Soviet movie villain of all time. “If he dies, he dies.” Goosebumps.

We’re getting sidetracked. The point is that not all sequels are bad. In fact, some of the best movies made have been sequels. If a movie is good enough (Godfather, Terminator, etc.), or popular enough (Fast & Furious, Twilight, etc.), it is likely to spurn a sequel.

That is also the case for online slots. In this article, we will look at some very popular slots that also spurned sequels.

The king of slot sequels is undoubtedly Rich Wilde. He’s the Indiana Jones of the genre; a handsome adventurer travelling the corners of the earth in hunt of valuable treasures.

It all started with the Play ‘n Go slot Pearls of India, where players were taken on an Asian adventure with cascading symbols where you could trigger one of three bonus features to win up to 250x your stake.

In the second instalment, Rich Wilde travels to Latin America in search of Aztec riches in the online slot Aztec Idols. With 5 reels, a pick-me-bonus and a Free Spins round the popularity of Rich Wilde was steadily increasing.

The Rich Wilde popularity peaked with the immensely popular slot Book of Dead. The Egypt-inspired slot offers high volatility, a Gamble feature and the wildy popular random expanding symbol in the Free Spins round - making it one of the most popular online slots around.

Rich Wilde rarely sits still at home, and in Tome of Madness, he encounters scary-looking deep sea creatures that luckily also offers 2x Multiplier Wilds, Mega Wilds and a portal feature. It has the tough act of following Book of Dead , but it does a very decent job at it.

Slot developer Yggdrasil also have a hit slot series in their with their Vikings trilogy. Norse mythology has always been a popular backdrop for online slots, and Yggdrasil launched their first offering Vikings Go Wild in 2015. The 5-reel, 4-row online slot had Free Spins with Sticky Wilds, mysterious treasure chests and the possibility of winning $190 000. Players loved it, and a few years later came the sequel.

In Vikings Go Berzerk, Yggdrasil stepped it up a notch. This Norse slot offers a plethora of different treasure chests, a Free Spins round with boosters where you can win up to 21 Free Spins from the start. The slot also has Rage meters which turn Vikings into Sticky Wilds in the most entertaining way.

The Vikings slots found a huge audience online, and Yggdrasil brought the gang back once again. This time they got sent to a warmer climate… Vikings Go To Hell builds on the features from the first two slots and offers Free Spins, Rage points, Treasure Chests and respins.

The Rage features of the last two games save the progress until next time you come back and play. This, plus the lively animation and entertaining gameplay, has made the slot trilogy into slot classics.

No such list would be complete without a contribution from NetEnt, one of the biggest slot providers in the industry. Jack Hammer is a comic book inspired slot following the hard-boiled detective Jack Hammer in his quest to take down the evil Dr Wüten.

What sets this lively 5-reel, 3-row slot is that all the symbol positions spin independently, effectively giving the player 15 individual reels. The game also has a Sticky Win feature where every symbol part of a winning combination stays in their position while you receive a free respin. This, in combination with a lucrative Free Spins round, made Jack Hammer a popular online slot.

In fact, the game was popular enough to spawn a sequel. In Jack Hammer 2: Fishy Business, Jack Hammer returns with great animations, Sticky Wins and another Free Spins round with multipliers. The cinematic intro and overall narrative make the sequel just as entertaining as the original.

Another entry, another NetEnt classic. Blood Suckers is an online slot that any fan of horror films is sure to enjoy. The vampire-inspired slot found a huge audience online, in large due to its amazing bonus features. The pick-me-bonus lets the user pick coffins to reveal coin wins, while the lucrative Free Spins round gives the player 10 Free Spins with a 3x multiplier. With the possibility of retriggering Free Spins, and great design and soundtrack, Blood Suckers quickly become a player favourite.

Blood Suckers II builds on the success of its predecessor and offers a great Free Spins and Bonus round where the player can win up to 670x the original bet. The Blood Suckers games are great for players looking for low volatility slots and great casino entertainment.

Wouldn’t you know it, there’s NetEnt again. Dead or Alive, the 5-reel slot with 9 paylines from 2009 takes us to the Wild West for an entertaining slot experience. With great animation, lively soundtrack and a Free Spins round with Sticky Wilds the slot gained a loyal following.

The newly released sequel Dead or Alive II takes just about everything to new heights. The slot has a total of three different Free Spins round, offering the player multipliers, sticky wilds and plenty of entertainment.

The maximum win in Dead or Alive II is almost unbelievable: 100 000 times your stake. No wonder the game regularly features on the list of most played slots at Wildz Casino. Would we bet against NetEnt making another title in this series? Not really.

This was just a list of a few classic slot games that spurned one or more sequels. There are more out there, and there are guaranteed more to come. Wildzcasino.com will continue to update this list as soon as new and noteworthy candidates are released. Check back here regularly for casino guides and, of course, latest news about Wildz Casino.