Online Slots Based on Movies 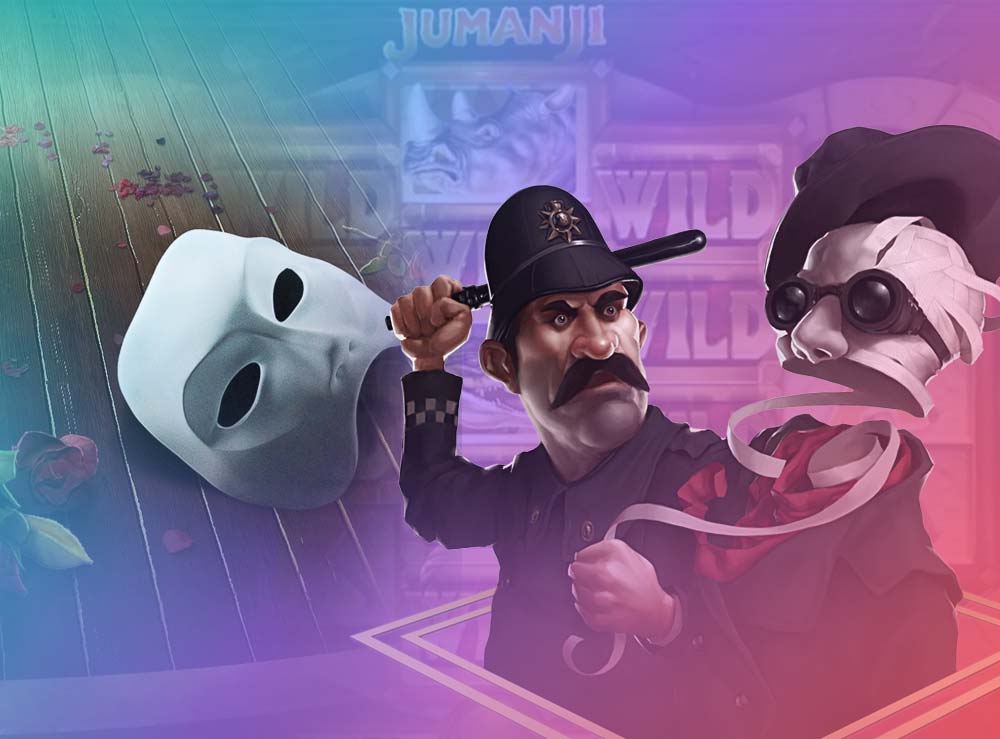 After linking movies and slots in our article about casino slots sequels, we have built on that idea for this article. In the following we will present some popular online slots directly based, or inspired, by famous movies.

There has been a lot of good, and also a lot of not-so-good, movies turned into casino games over the years. Here we’ll take a closer look at some famous movies that’s also found a new audience as online slots. It will not be a comprehensive list of all the movies turned slots, because it’s frankly too many.

Hopefully you’ll learn a thing or two and maybe find a new favourite game. Without further ado, here’s our list of online slots based on movies.

Disclaimer: Some of these movies are originally based on books, but we’ll let that slide for the sake of this article.

We’re going proper old school with our first entry. The online slot The Invisible Man is based upon the horror classic from 1933, which in turn is based on a H.G. Wells novel.

This NetEnt slot has 5 reels, 3 rows and a total of 20 fixed paylines. The slot is famous for its highly entertaining and rewarding Walking Wilds feature, which is brilliantly designed. The game also offers Respins, Free Spins, Wild substitutions and 2 different bonus games. It’s based on an old movie (and an even older novel!), but the features are modern.

This NetEnt slot is not technically based on a movie, but rather a musical based on the book. It has, however, been dramatised on the big screen several times. It is also a great story (and slot), so we’ll include it on our list for now.

The slot has 5 reels, 4 rows and 40 paylines, and will appeal to both fans of the original story and those unfamiliar with it. The Pay Both Ways game offers Wild substitutions, 3 Bonus symbols that doubles as Wilds, a Pick-Me Bonus game, Free Spins and Sticky Wild Respins. If you add in the as always brilliant NetEnt design and a high RTP, the stage is set for an unforgettable slot experience.

This Elk Studios slot is based on the classic 1986 Oliver Stone movie about the Vietnam War. But where the Oscar winning original tackled questions of morals and the horrors of war, the online slot takes a different approach.
Elk Studios have instead opted for a lighter touch that looks more like the game Worms than any serious war drama. The setup is straightforward: 5 reels, 3 rows and 178 ways to win. But the bonus features are anything but ordinary:

The three different Platooners are randomly activated and each carries a bonus feature. The slot has a multi-level bonus game called Snakes of Fortune where you’ll advance through levels to receive better features and higher rewards.

Planet of the Apes

Planet of the Apes is among the world’s biggest popular culture franchises. The franchise includes 9 movies, 3 video games, 2 television series, a novel and several comics. For such a popular franchise NetEnt went big for this game.

The slot is based on two movies – Rise of the Planet of the Apes & Dawn of the Planet of the Apes – and offers two playing areas. Both the Rise and the Dawn playing area comes with 5 reels, 3 rows and 20 paylines. There’s also two different Free Spins rounds, two different bonus features, a Dual feature and Stacked Wilds. It’s a wildly entertaining slot that differs from most games online.

Play Planet of the Apes at Wildz Casino

Jumanji has 4 random features, a Board Game mode that offers 4 different Free Spins, a Mystery feature and extra dice rolls. And by the way: the reels are geometric and have different sizes. The design team over at NetEnt have been hard at work, and result is a lively animated game. The slot is just as entertaining as the original Robin Williams movie. But don’t take our word for it, see for yourself when you play Jumani at Wildz Casino.

As the attentive reader might have noticed, this list is dominated by NetEnt. The slot provider is the biggest on the scene and will then naturally have more resources than a lot of other game developers. Securing licensing deals for popular movies comes at a price, and it helps to have a lot of resources and, of course, a reputation for delivering the best online slots. While there are other slot providers making very good movie slots, NetEnt is in a different class for this category.

All the slots mentioned in this article, and hundreds of others, can be found over at Wildz Casino. We will continue to update this list, and to publish new articles with similar topics here on this page. We will also bring you the latest news and offers from Wildz, the next-generation casino where you Get More.